What Can You Do With A Photo Archive?

This photo project was created for the American Center of Oriental Research and the original prints are part of the permanent collection in Amman, Jordan. This essay describing the photo mosaics was first published by ACOR and can be found here on their website.

A photomosaic—a “mosaic of photos”—is a photo that basically consists of a single image, which in turn is made up of a number of smaller ones. If one looks at such an image from up close, one can pick out each of the separate photographs that form the overall photomosaic. From a distance, the original image — the one used as the basis for the photomosaic — is visible in its entirety.

What can you do with a photo archive? This is a common question among people first digging into the world of history, research, art and archaeology. I always need to take a breath before I answer.

Photo archives are a relatively new development in the world of collections. Over the millennia there have been archives of artworks, documents and a multitude of all the things humans love to study but photography was only invented in 1839. In terms of human history that’s not very long but photography has come quite a way in that time. In fact, nearly everyone these days has a collection of their own photos right in their smartphone. Maybe you’re even looking at this on a smartphone or tablet right now. So what do we do? We learn. We amuse ourselves. We see new parts of the world and new people. We show our photos to everyone else. This is what we do. 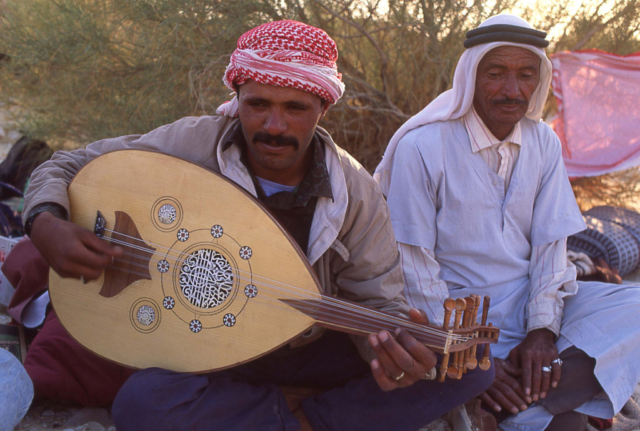 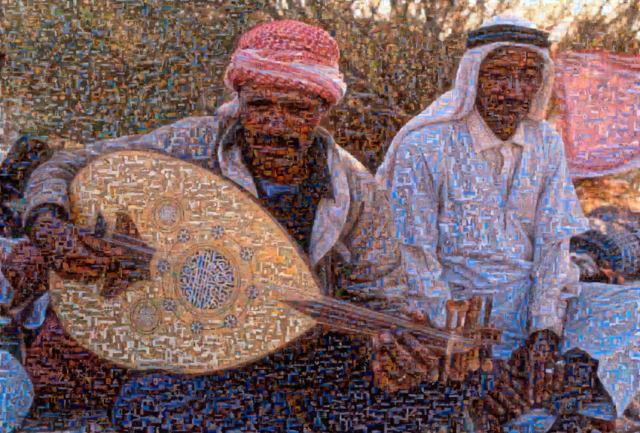 I’ve been the ACOR Project Archivist since September 2017 overseeing the digitization of thousands of wonderful and fascinating photos. Very soon we’ll have 30,000 in our openly available digital archive at https://acor.digitalrelab.com/. This is immensely exciting to me because of all the possible uses, especially the unexpected ones.

Firstly, ACOR is a research center. The aim is the creation and sharing of knowledge and a deeper understanding of this region, whose history of human occupation goes back to the Neolithic and earlier. Since I’ve been here I’ve learned a lot from the archaeologists and historians who use our library and resources and seen what pieces of the past they can bring to the wider world. Our young and growing photo archive is now a part of that. Locations that cannot be visited can be seen; changed elements from ages ago or merely a few years ago can be examined; ways of life that are hard to reach are accessible. What we are able to offer is an important resource for research, for heritage and archaeology, the natural world, people and places–we don’t always know how researchers will use it, but there are a myriad ways in which they might.

What continually strikes me about the content of the photographs in our collection is that so many exhibit creativity. There are mosaics, frescos, architecture and textiles just to name a few. The peoples who made these items so long ago were not thinking about us but of making things to use everyday and to express themselves. Before I entered the world of archiving I worked as a photographer for nearly twenty years and can relate to creativity and expression deeply. As a craftsperson and as an artist, your job is to make something useful and something expressive for a wide audience to connect with. You try to take what is around us everyday and see it in a new way. 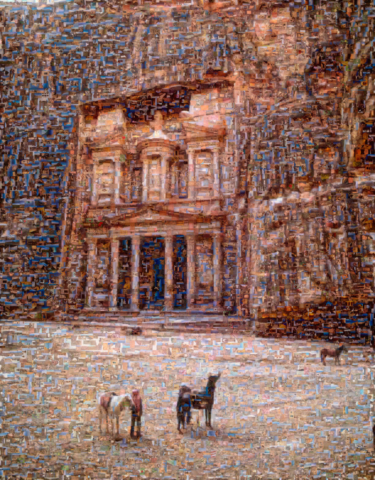 What I can do is see them anew. I can use them in a new way. I can create.

What I decided to do is create photo mosaics using the ACOR archive’s images. I take the old, the previously made and reimagine it. Through photo mosaics you can literally see both the big picture and all the pieces that make it. It’s the big story and all the tiny elements in one. In a sense, this is what a photo archive is about. It’s the multitude of individual photos from over the years that each tell a story as well as one large story to focus on.

I didn’t invent photography or photo mosaics or even shoot the photos I used to create these new images. What I’m doing is allowing us to see them again and to see them in a new way so we’ll take another look and find something else. 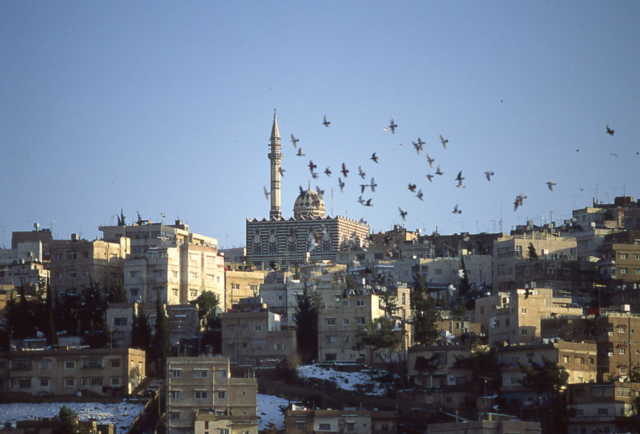 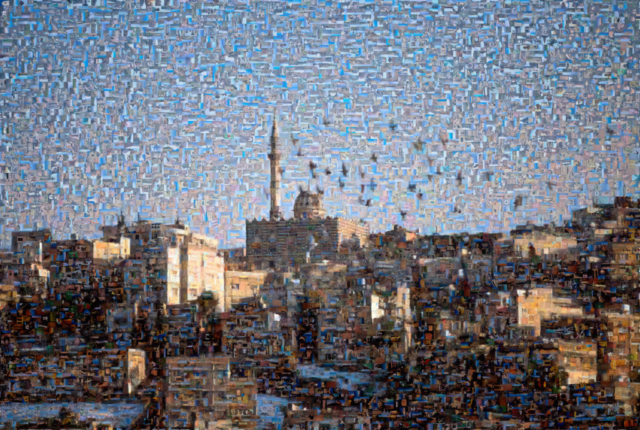